Taco Brothers scripts a story of greed vs. heroism, as Captain Diaz sets his sights on the major food supply of one Mexican village and goes to villainous lengths to try to get what he wants. However, he hasn’t reckoned on the valour and resourcefulness of Paso, Pepe and Pico to protect what they hold dear! 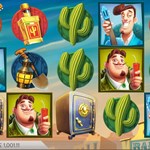 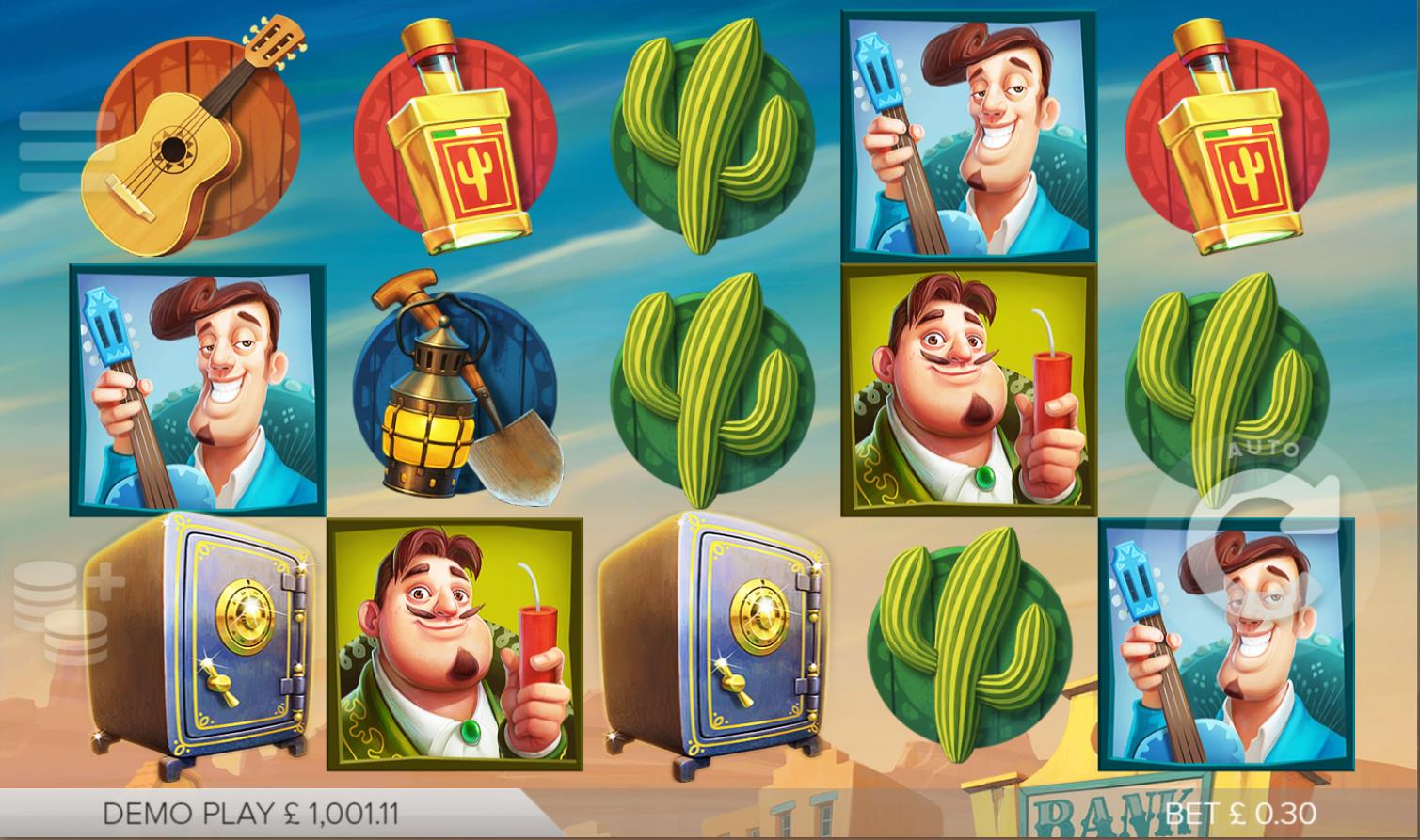 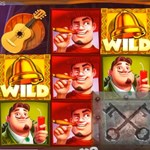 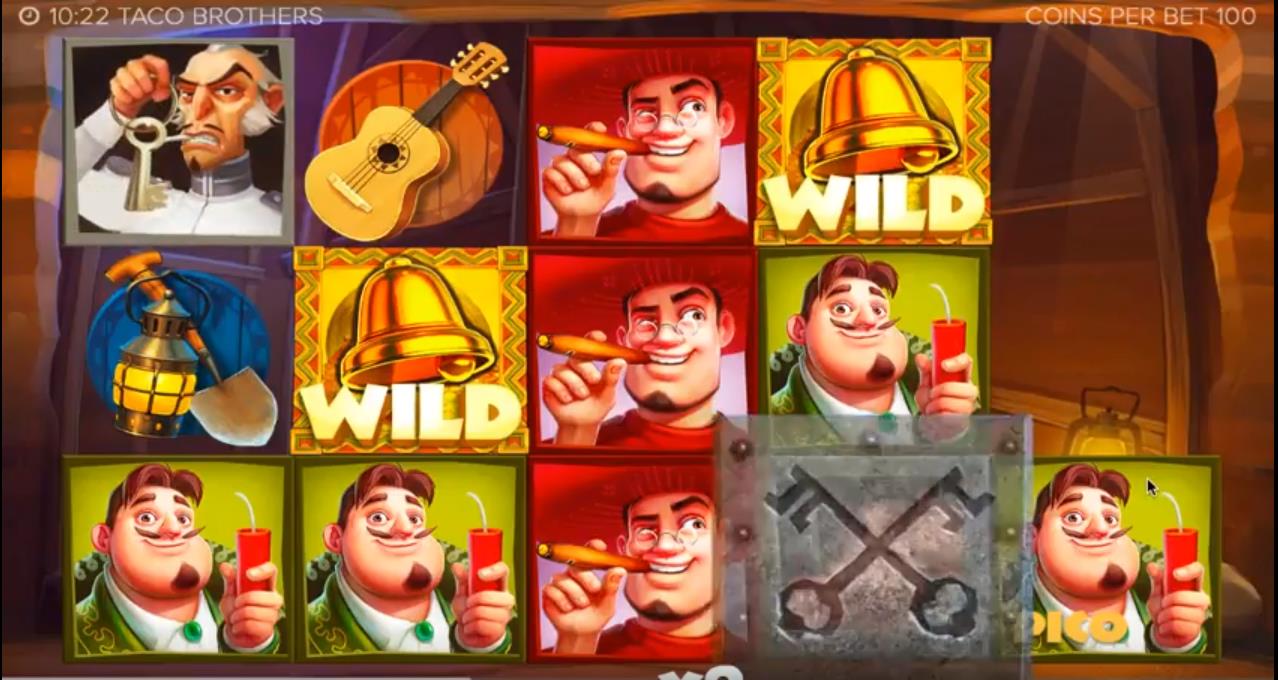 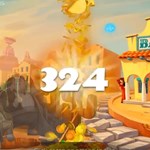 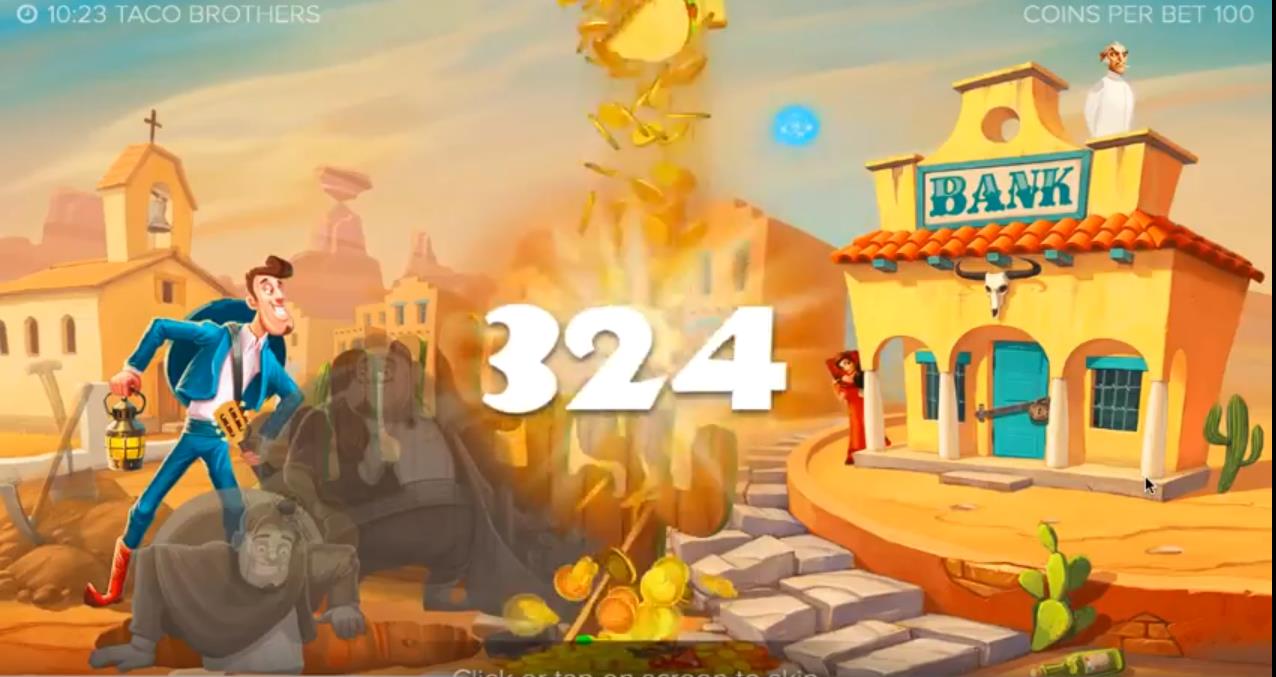 A Mexican family bids to save its village's favourite dish

Why You Should Play Taco Brothers

Taco Brothers is a breathtakingly original slot from Elk Studios which has an exciting, light-hearted theme. The titular characters are lovably designed, Captain Diaz is a great baddie and the fact that he has a beautiful but noble daughter adds depth to the plotline. Other symbols include a guitar, a cactus, a bottle of tequila and a spade, while the Mexican backdrop is sumptuously realised and the Western-style music enhances the thrill of the chase. The bonus features expertly bring together all the different elements of the story and offer the potential to land great prizes, while the game is still nice and easy to play.

The play labels are not displayed in the usual way with Taco Brothers, but all you have to do is hit the icon of the coins and then decide on the value of your total bet – from £0.10 to £50. Press the main play button to start the game, or hold it down to automatically spin up to 100 times without stopping.

Taco Brothers’ main Wild symbol is a golden bell, which performs the usual Wild functions of substituting for most of the other symbols to complete winning combinations, apart from the Taco Brothers Wild symbol and the Scatter symbol.

The blue safe is the Scatter symbol and if you land three of them across the first, third and fifth reels you set off this innovative free spins feature. One of the brothers will drop into the fifth reel and become a Wild symbol, and with each new spin the Wild will move over one reel to the left as they try to escape. Wins are paid at a multiplier level up to 3x, and the length of time the round lasts depends on two other symbols which also appear during this feature.

Captain Diaz – The cunning army man locks up one of the brothers each time he appears on the reels. Once all three are in jail, the round ends.

Senorita – The captain’s glamorous daughter releases any captured brother when she appears on the reels.

If you land two of the symbols labelled Taco Brothers Wild, you receive one re-spin of any reel which does not include a safe symbol or golden bell.